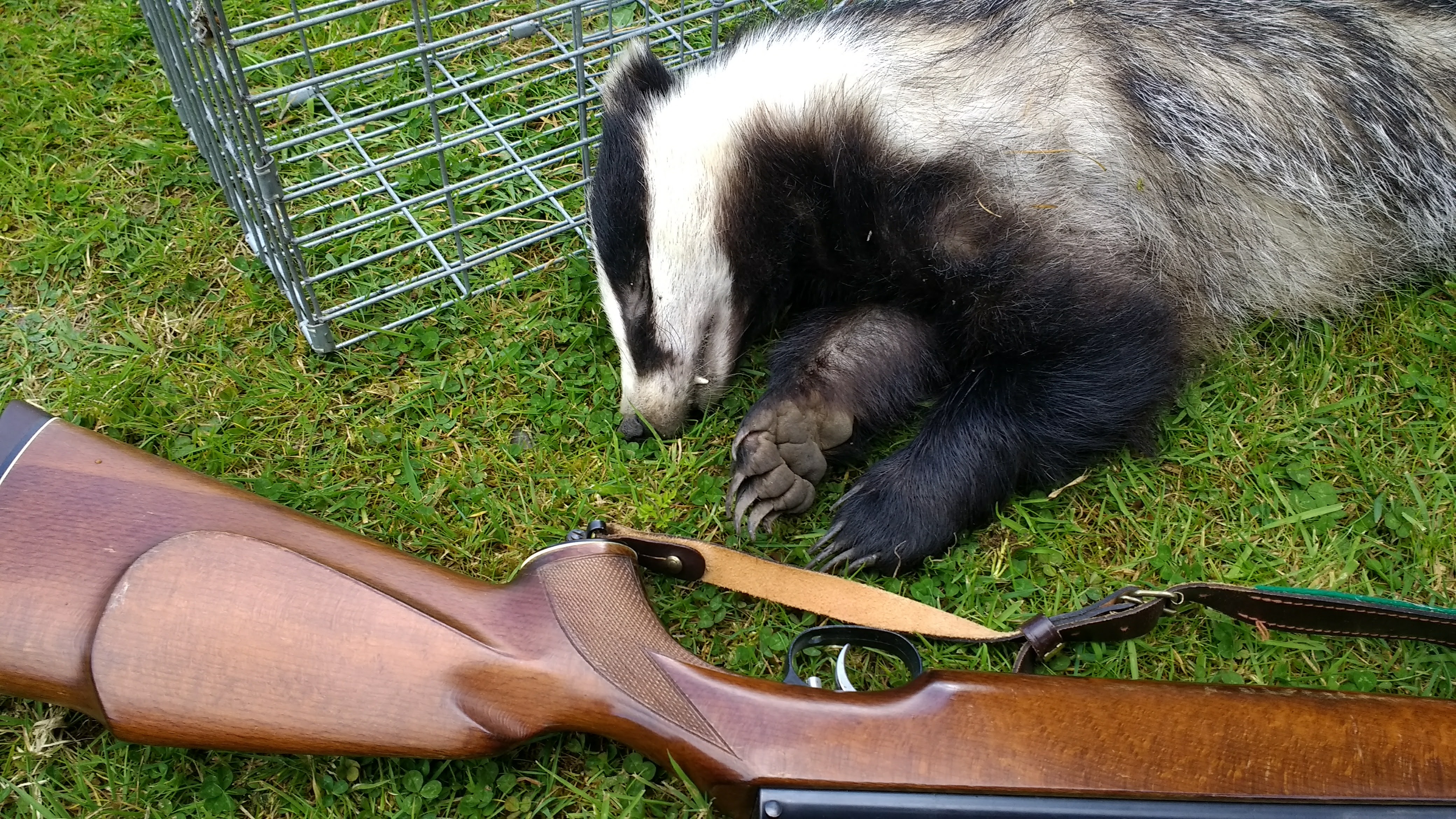 It’s a tradition for the government to bury bad news on the last day of Parliament before the Christmas recess, and 2017 was no exception.

As the Environment Secretary disappeared down to Devon on Thursday 21 December to celebrate the reintroduction of beavers to our rivers, Defra announced that it had licensed the killing of 19,274 badgers in England, the most significant destruction of a protected species in living memory.

The final death rate for 2017 is likely to exceed 20,000 badgers since Defra has yet to release the kill rates for pilot cull zones in Gloucestershire and Somerset, which are now subject to five-year supplementary cull licences, whereby farmers can effectively kill badgers as they please with neither monitoring nor controls.

To put this hideous and pointless slaughter of a protected species into context, the total badger population of Scotland is estimated to be in the region of 34,000.  This effectively means that within a six-week period between September and October this year the government allowed cull contractors, funded mainly by the taxpayer, to wipe out the equivalent of 50% of the Scottish badger population.

Since the badger cull started in 2013 the government has killed almost 45,000 badgers.  The vast majority of these animals have not been tested for TB and most are likely to be completely free of the disease.  More than 25,000 have been killed by a controlled shooting method that has resulted in many badgers taking more than 5 minutes to die of multiple bullet wounds, blood loss and organ failure, which is condemned as inhumane by the British Veterinary Association.

Defra is believed to have taken around 900 badgers from across the cull zones in 2016 to carry out post-mortems and test for TB, but none of the data from this publicly funded research has been released, which is a clear indication that most of these dead badgers were TB free.

The total cost of the badger-cull policy to date for the taxpayer is believed to be in the region of £50 million, i.e. £1100 per badger killed.  What the government promoted as a farmer-led and paid-for policy in 2013 has now become the most expensive publicly funded wildlife cull in history, with bills stacking up in Whitehall for equipment, training and monitoring, policing costs and legal challenges to the policy.

As the cost of killing badgers has risen to tens of millions of pounds, the cost of vaccinating them against TB has fallen rapidly.  It now costs the taxpayer around £1100 to cage-trap and shoot a badger, but it costs the Wildlife Trusts and other volunteer badger-vaccination groups only around £200 to trap and vaccinate a badger against the disease.  Badger culling is hugely complicated, controversial and costly, but badger vaccination has strong public backing, is far cheaper and, as I recently said on BBC Countryfile, brings farmers and conservationists together in a spirit of mutual respect and trust.

The badger cull is probably one the worst examples of incompetence, negligence and deceit at the heart of the government.  To spend more than £50 million of public funds killing tens of thousands of badgers without any reliable evidence that it will lower TB rates in cattle is a national disgrace.

Since the culls started in 2013 the government, with the support of the farming and livestock veterinary industry, has run a propaganda campaign demonising the badger and presenting politicians, public and the media with a continuous stream of false justifications, cherry-picked data and anecdotal evidence dressed up as scientific fact in a desperate attempt to prove that the badger cull is working.

Very little evidence exists to prove that badgers can easily pass TB to cattle.  In fact, after 40 years of targeting the badger, which has resulted in more than 60,000 of this protected species being slaughtered by gassing, snaring or shooting, the only justification for pushing it to the verge of local extinction rests on a single poorly run experiment undertaken by Central Veterinary Laboratory in Weybridge in 1975.

This field research was designed to prove the cross-transmission of TB from badgers to cattle under controlled conditions.  It involved confining TB-diseased badgers in a yard with a concrete floor and a steel roof measuring 12 metres by 8.5 metres.  Over time three calves were introduced into this confined space with the diseased badgers.  Despite being in such close proximity to badgers who were believed to be excreting TB through their urine and faeces, it took six months for the first calf to react positively to a TB test.  The second calf responded positively at eight months, whilst the third took ten months.

The government vets who undertook the experiment accepted it was not fit for purpose and did not replicate what was likely to happen in terms of badger and cattle interaction in pasture areas or farmyards.  However it did show that even in very artificial confined conditions, where highly diseases badgers were in constant close contact with cattle, it was difficult for TB to spread between the species.

Despite these findings, no other field research looking at cattle and badgers and how the disease spreads between the species has been undertaken in mainland Britain in the past 40 years.

However today we know far more than ever before about how badgers and cattle interact in the countryside, as a result of studying the movements of satellite-collared badgers in England and Ireland.

What we have learned from these studies is that badgers largely avoid any contact with cattle in pasture areas and farmyards, which further weakens the argument that they are passing TB to cattle.  When we stop playing the badger blame game, we can soon focus on the real culprit for the spread of bovine TB and that's cattle.

In recent months we have seen new outbreaks of bovine TB in cattle in Cumbria and even in the Isle of Skye.

Defra and the NFU accept that these outbreaks were not down to badgers but were due to cattle movements on the back of lorries.

In January 2018 the Bureau of Investigative Journalism will release a damning report showing huge failures in biosecurity and cattle-movement controls aimed at reducing bovine TB, which could have led to the recent outbreaks of the disease in Cumbria and the Isle of Skye.

It will show that, whilst the government has been wasting tens of millions of public funds slaughtering mostly TB-free badgers, it has been failing to get farmers to implement basic biosecurity and movement controls to help control the spread of bovine TB in cattle.

This negligence is not letting down just farmers but also taxpayers and ultimately badgers, who are being wiped out for nothing.

This clearly shows that the badger cull is not a disease-control strategy:  it's a politically motivated publicly funded wildlife-eradication policy, which is pushing badgers to the verge of extinction in parts of England where they have lived since the last Ice Age.

The Welsh government has shown what can be achieved in reducing bovine TB by focusing on cattle-based measures.  Through a combination of improved TB-testing regimes, tighter cattle control and biosecurity measures the spread of the disease in cattle has been significantly reduced without any indiscriminate cull of badgers.

I can only hope that in 2018 we all wake up to what we are now facing when it comes to protecting our wildlife.  They come for our badgers today, but it will be our otters, raptors, beavers and seals next.

The battle to protect the badger is far more than just a fight to protect a shy nocturnal mammal most of us never see:  it's a fight for the very future of our countryside and the wildlife that inhabits it.

Let's hope we all realise this before it's too late.